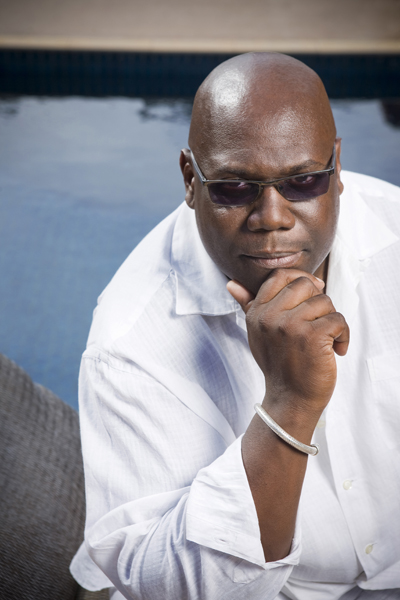 There is no doubt that this season has been Carl Cox´s season. Leading his Revolution, the commemoration of the X anniversary has achieved an unprecedented success. Thousands and thousands of enthusiasts have enjoyed every Tuesday at Space an amazing line up leaded by The Great Carl Cox and other important artists as Moby, John Digweed, Laurent Garnier, DJ Sneak, Gilles Peterson, Fatboy Slim, Locodice, Richie Hawtin, Green Velvet, Darren Emerson, Umek, Magda or Dubfire among others.

All this success has been recognized yesterday in the last edition of the DJ AWARDS celebrated in Pacha, were Carl Cox won two awards: Best Techno DJ and the best night for “The Revolution”. Two considerable awards among many others received over his long career, especially during this last decade in Space Ibiza.

Carl Cox will celebrate the end of the summer in the amazing Space Ibiza Closing Party offering two special sessions. The first one will take place in the Flight Area, hosted by UMF; the second one in La Terraza, hosted by Kehakuma, starting at 7 am until midday and recalling those historical daylight sessions that are still in our minds.

Carl Cox will start later with the presentation tour of his last album “All roads leads to the dance floor”, presented in an original USB format with interesting special features and live performances with a band around half the world.
Read 8112 times Last modified on Lunes, 16 Enero 2012 10:50
Tweet