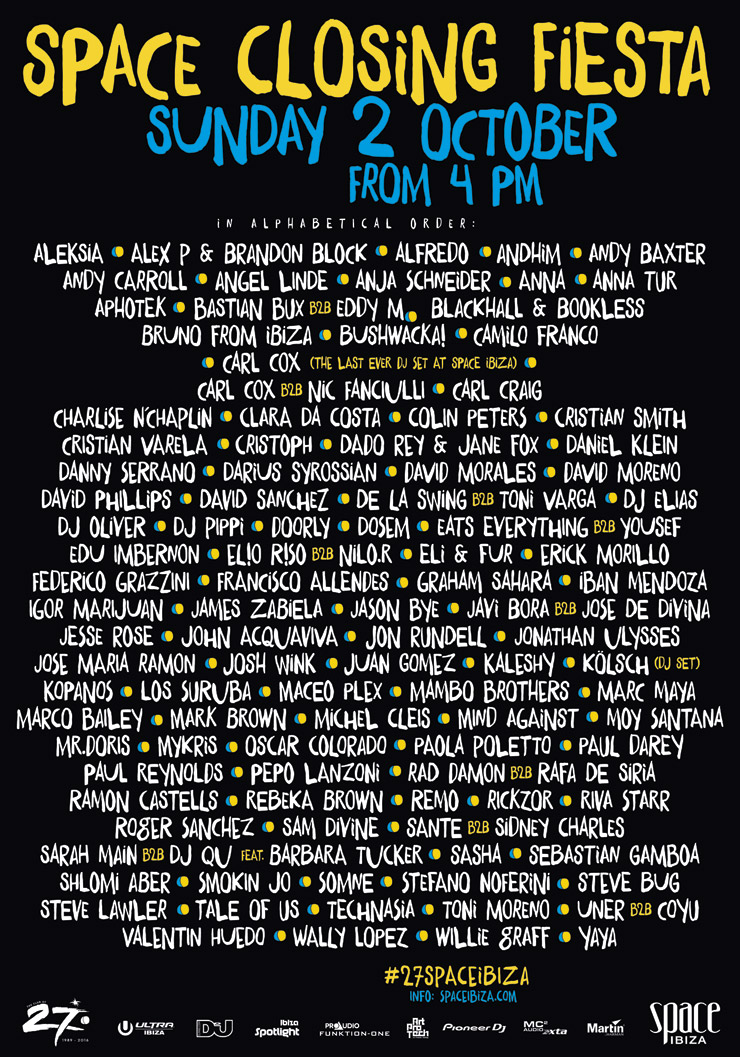 In 1989, When Pepe Roselló, founder and owner of Space Ibiza, took the controls of Space Ibiza, it seemed crazy. Playa d'en Bossa -aimed to familiar tourism, was far away from the nightlife established in other areas of the island.

That year, in Ibiza, the place where it all began, a new a definitive space was to be established for this purpose. It could only happen in a club which would offer —from its very conception- a different musical, sensorial, and even pararel dimension. A club in which  dreams could be made real.

Ten years after its birth, Space Ibiza became a super club and the terrace was crucial for the year ’99, in which the English club “Home” negotiated with Pepe to take part in Space’s Sundays, the club strongest session.  Thus, Sundays were about to turn into 22 hours marathons, from 8am on Sunday to 6am on Monday, offering an incredible day-night festival as never seen before on the island.

Over the years, the club has become the most awarded worldwide, receiving awards until this last year (Best Club in the World - DJ Mag 2016). Numerous clubbers, year after year, come religiously to Space. And It is well known that the season in Ibiza starts with the opening of the club, and similarly, the season on the island just ends when the club closes its doors.

We have 27 years of unforgettable history, we agree that this has been a short time , but we know that these will live in the memory of all forever : the legendary Terrace, dancing during the day, raising arms under the roar of the aircraft, Carl Cox mind-blowing  sets , Sundays at Space ... and each and every one of them always with music as a companion.

Well, it's time to celebrate the end of these 27 years. Some have dubbed this phenomenon as "the end of an era", but we prefer to talk about new beginnings and new horizons, because what is clear is that the Legend starts here:

Carl Cox and Tale Of Us have already confirmed their set that will be the last Space Closing Fiesta of the history. Of course, the line-up for the end of the big final will be magical . Soon, they will continue confirming names ... meanwhile, ensures you will be there , without doubt you can't miss it.