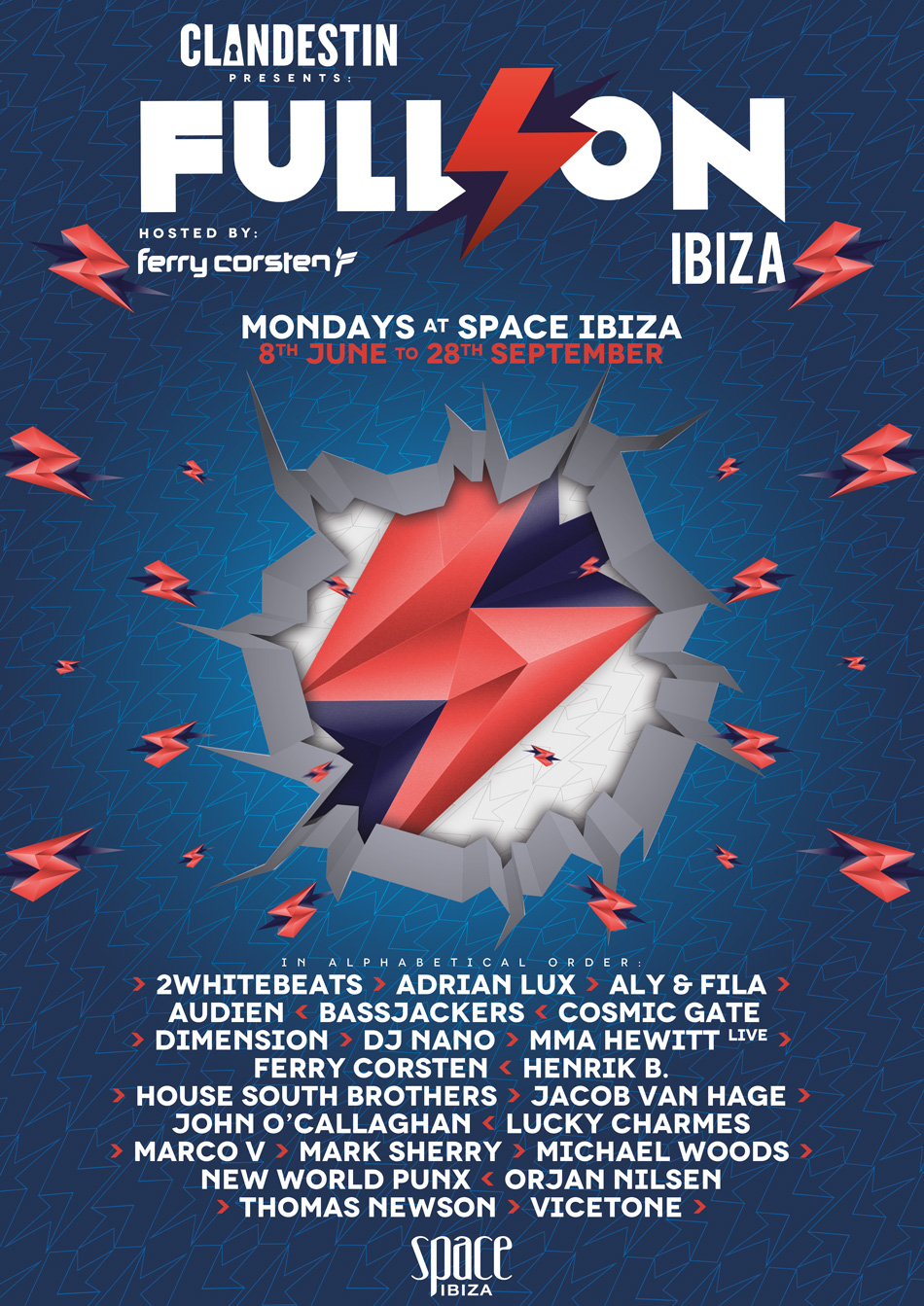 Clandestin pres. Full On Ibiza renews its residency at Space Ibiza for 2015 season. After the great success of its first year, Ferry Corsten’s night is back at the best club in the world to position itself as the leading choice among lovers of Trance and Progressive House. The party will be held every Monday from 8th June to 28th September for a total of 17 events.

This summer is coming with some interesting news, including changing the celebration day. Instead of Fridays, Clandestin pres. Full On Ibiza will occupy Monday nights.

The exceptional selection of artists will remain the essence of the party. Many of the DJs that passed through Clandestin pres. Full On Ibiza DJ Booth last season will be back again: 2WhiteBeats, Adrian Lux, Aly & Fila, Audien, Bassjackers, Cosmic Gate, DJ Nano, House South Brothers, Jacob van Hage, John O Callaghan, Marco V, Michael Woods, New World Punx, Orjan Nilsen, Thomas Newson and of course, Ferry Corsten, who remains the host and headliner of most of the nights. New artists like Dimension, Emma Hewitt Live, Henrik B., Lucky Charms, Mark Sherry and Vicetone are joining this year’s lineup. And that's not all, there are still more to be confirmed...

Since he established Full On in 2007, Ferry Corsten has traveled the world giving out his personal project that now has a fixed stop in Ibiza. The concept does not change, the themes and aesthetics of the party remain, like the acclaimed B2B sessions between him and his guests.